THE COMMANDANT’S PARADE is the full dress rehearsal for the official passing out ceremony,

The Sovereign’s Parade, which takes place two days later in the presence of the Queen when the cadets become Officers. It involves all the cadets marching out onto the famous parade square in front of the Old College with music provided by a variety of corps of Army.

A fact sheet which gives more information, and the booking form can be found at the bottom of this page.

If you would like to go on this outing please print off the booking slip, complete this and return with your payment as soon as possible.

If for any reason you are unable to print off the booking slip then please write the required information on a sheet of paper and include with your cheque.

Places will be confirmed by email or by telephone if not on email.

Cost and Times of Excursions: Please see FACT SHEET and BOOKING FORM (Both forms will open up in a new tab or window) 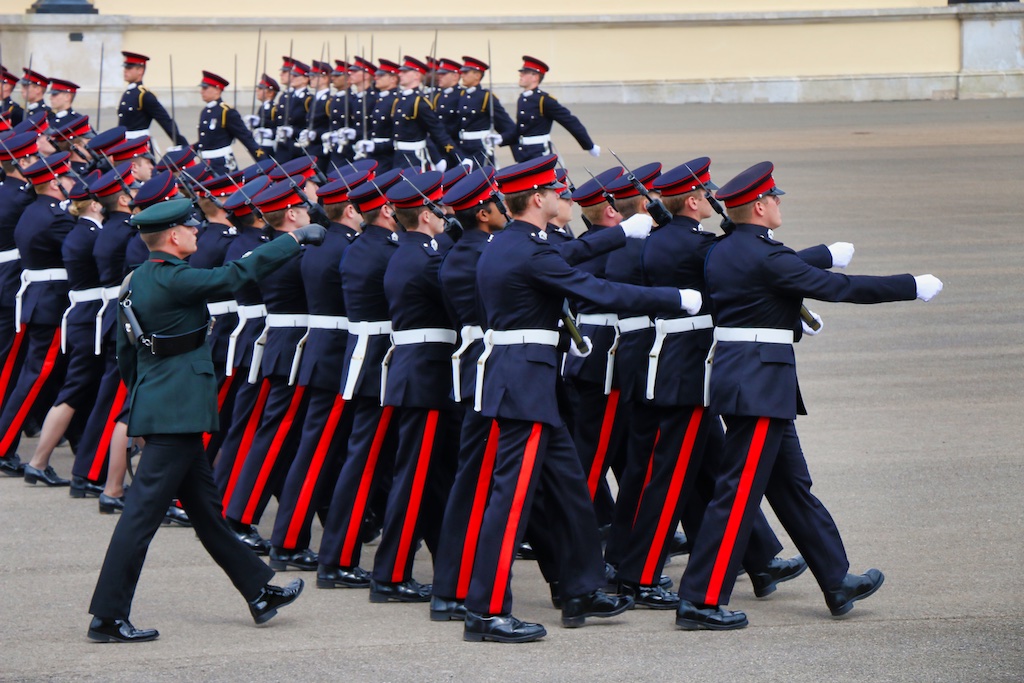