Back to Theatre Group 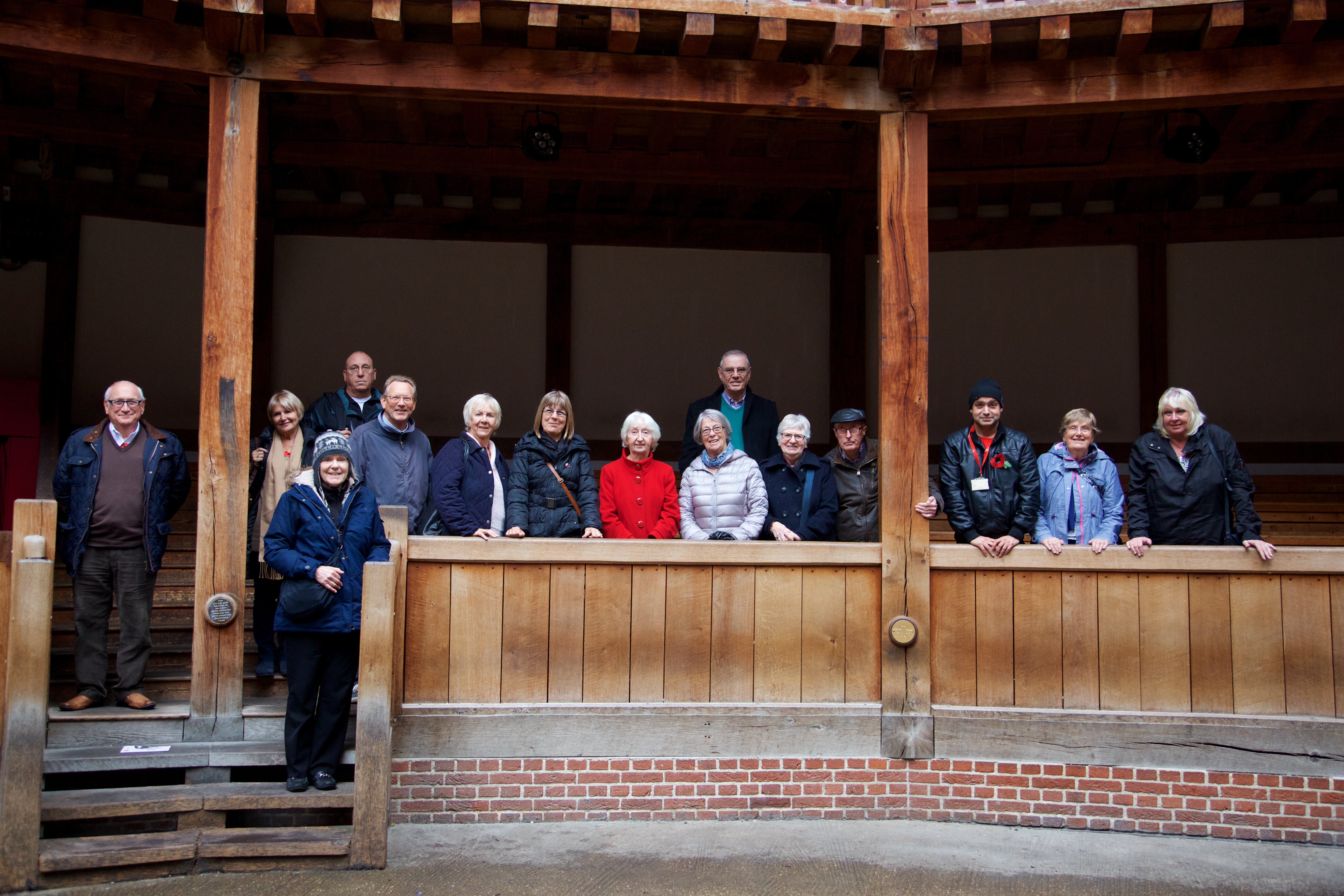 Our Theatre group had an excellent trip to visit the Globe Theatre on the Southbank on Friday 4th November 2016. We were split into two groups and this is around half of the party inside the theatre.

On the right there are two radio programmes produced by the BBC.

Matthew Parris, the journalist has a long running programme on BBC Radio 4, Great Lives. This edition, from Series 25, episode 5, is all about the life of Shakespeare. It was first broadcast on Friday 23 September 2011.

The other programme is by writer Iain Sinclair. He walks the streets of London in the company of Shakespeare scholars and archaeologists, to seek out echoes of Shakespeare's city in the London of today. The programme was first broadcast on 4 September 2000.

Our guide, Jeremy Sheffer (third from the right in the picture) gave us a splendid talk on both Shakespeare, and how the theatre worked four hundred years ago and how it works today.

He also explained Sam Wanamaker's involvement in the project of rebuilding a replica of the theatre.

Clicking on either button will open up the link to the programmes in a separate window or tab, depending on how your browser is set up