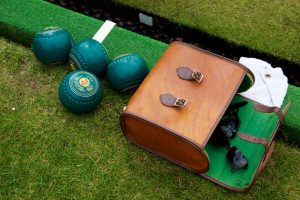 The object of the sport of bowls is essentially simple. It is played on a square of closely cut grass called 'the green', which is divided into playing areas called rinks. The green is surrounded by a small ditch to catch bowls which leave the green, and a bank upon which markers indicate the corners and centrelines of each rink.

Players take turns to deliver their bowls from a mat at one end of the rink towards a small white ball, often referred to as 'the jack' at the other end. Bowls are shaped so that they take a curved path towards the jack. To be successful the bowl must be delivered with the correct weight, along the correct line.

The object is to get one or more of your bowls closer to the jack than those of your opponents on each end - one point is scored for each counting bowl.

There are many different formats to the game, but the most common in England are singles or in teams of pairs, triples or fours. In singles, the winner is the first to score 21 points. In the other three formats, the winner is the team that scores the most points over a set number of ends.

Bowls truly is the sport for all regardless of age, sex or physical ability. It is a sport that takes just seconds to learn - and the rest of your bowling career to master. 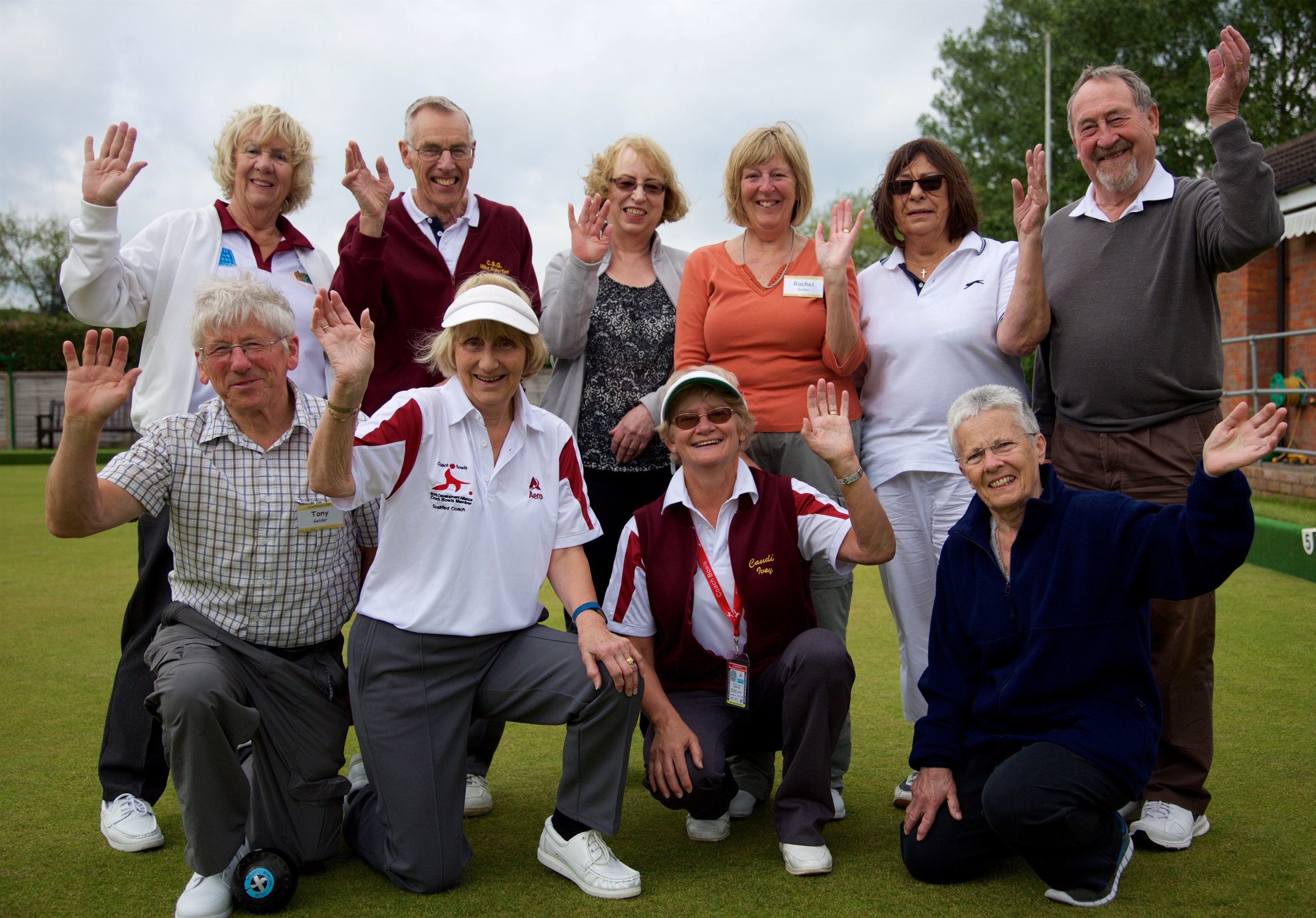 More Detailed Explanation of the Game…

The Objective of the Game

The object of the game is to deliver bowls closer to the jack (the small white or yellow ball) than your opponent to earn the right to score points. The player or team with the closest bowl to the jack earns one point, or "shot," for each bowl closer to the jack than the nearest opponent bowl.

There are three game formats:

SHOTS – In this format, a game point is predetermined. In Singles championship play it's 21 points. As scoring bowls are called "shots," the first player to attain 21 shots is the winner of the game.

TIME – In this format, a game is played for a predetermined period of time. The team with the most points at the end of this time period is the winner of the game.

Bowls is played between opponents in various arrangements, including Singles, Teams and Sides.

This is a game between two players, each playing two, three or four bowls singly and alternately. In championship matches, the first player to earn 21 points is the winner.

Teams may be comprised of two, three or four players.
Pairs – This is a game between two teams comprised of two players each. In championship matches, a Pairs game is 21 ends, four bowls per player, played alternately.

This is a game between two teams comprised of three players each. In championship matches, a Triples game is 18 ends, three bowls per player, played alternately.

Fours – This is a game between two teams comprised of four players each: Lead, Second, Third and Skip. In championship matches, a Fours game is 21 ends, two bowls per player, played alternately. Fours Play is the basis of the game of bowls.

SIDES – This is a match between any agreed number of teams and/or singles players, whose combined scores determine the results of the match.

The green is the rectangular playing surface bounded by a ditch and divided into playing areas called rinks.

A rink is comprised of several features.

A defined area beyond the ditch is called the bank. The face of the bank rises higher than the level of the green and facilitates markers that indicate the centre and side lines of each rink.

Side lines are not marked on the rink, but are indicated by markers on the face of the bank. Bowls that travel beyond the sideline but curve back in are still in play.

The mat is placed on the center line of the rink by the lead bowler of each end. One foot of the bowler must be on the mat when delivering the bowl or jack. A second mat is used at the other end of the rink for the return end.

First the jack must be properly delivered.

PROPER DELIVERY
Then it must be centred at that distance.

If it's a long delivery — within 2m of the front ditch — the jack must be spotted on the centre line at a point 2m from the ditch.

Improper Delivery of the Jack

The jack can now be turned over to the opposing team.

Bowls are available in a choice of nine sizes and weights.
The interesting feature about bowls is that they are not exactly symmetrical — one side is more rounded than the other, causing the bowl to curve to one side as it slows down. This is referred to as the "bias" of the bowl.

Our object now is to deliver the bowl as close to the jack as possible. But, as the next demonstration shows, if you aim directly at the jack the bowl will curve out to the side.

To allow for the curve, the bowl must be delivered to the outside so it curves in and approaches the jack from either the left or the right. The bowler decides if a right or left approach is more desirable.

The curving bowl affords endless possibilities and strategies. (Try to imagine the game if the bowl didn't curve!)

At the completion of an end, only the player/team with the closest bowl to the jack is entitled to score points — one point for each bowl closer to the jack than the nearest opponent bowl.

Who is closet to the jack?

Sometimes it's difficult to eyeball which of two bowls is closer to the jack. For this reason, players usually carry a measuring device devised for this purpose, but bowls can't be measured until the end is completed.

The Real Thing - The Easiest Way to Learn and Enjoy the Game!
We hope you've enjoyed this introductory tutorial.

Please contact us if you'd like to try "the real thing" — it's fun, healthy and very inexpensive. At least give it a try — we'd love to have you join us. 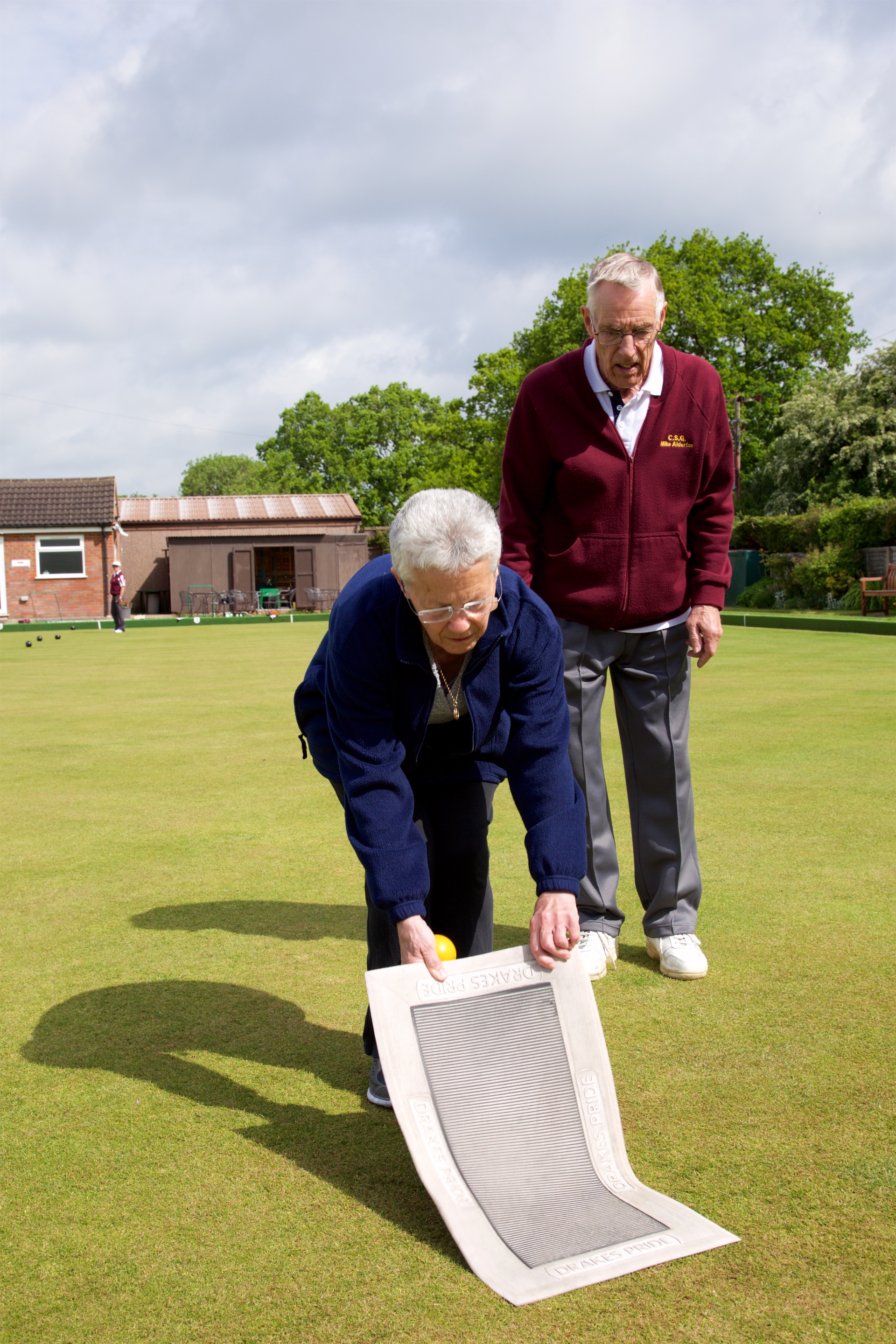 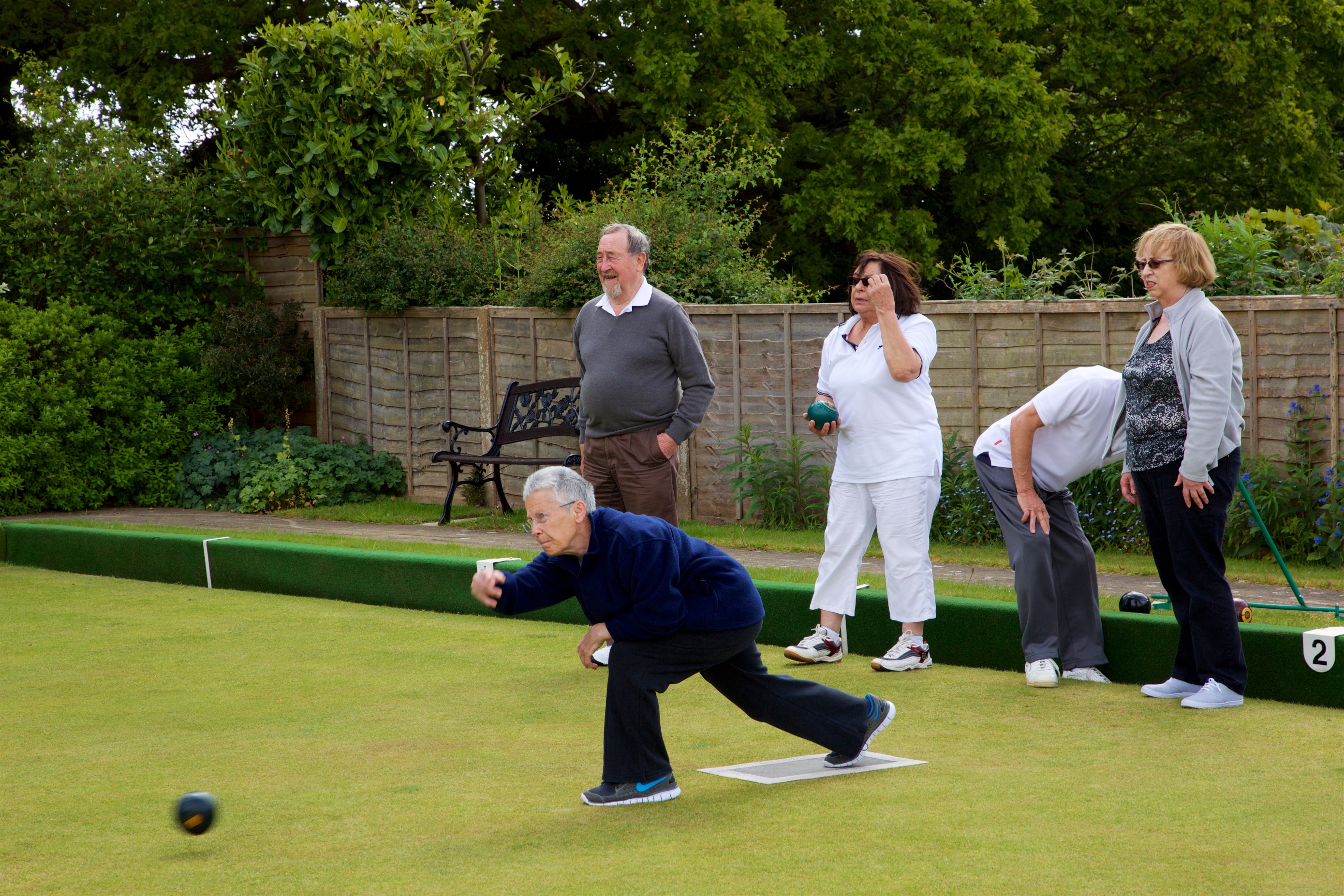 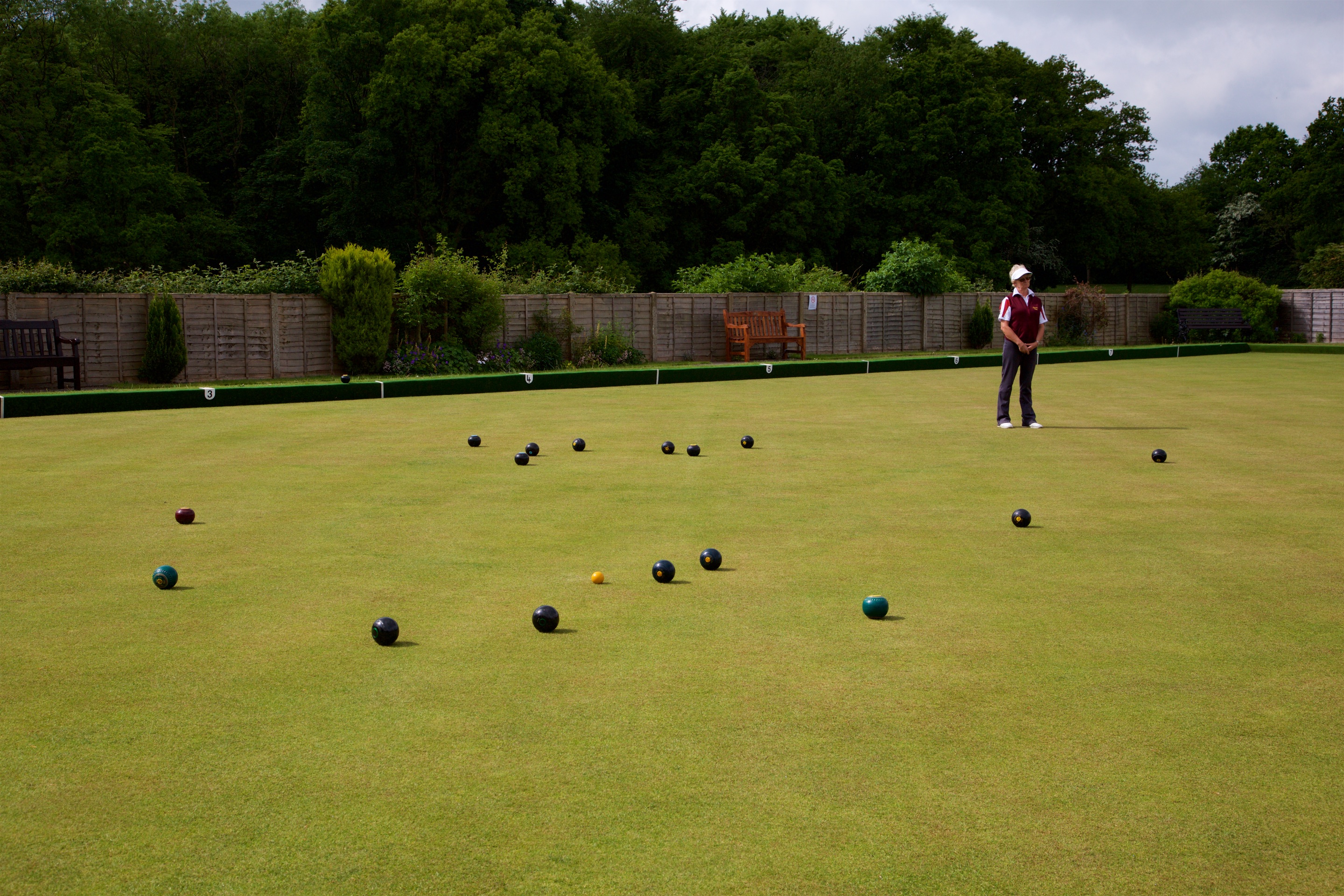 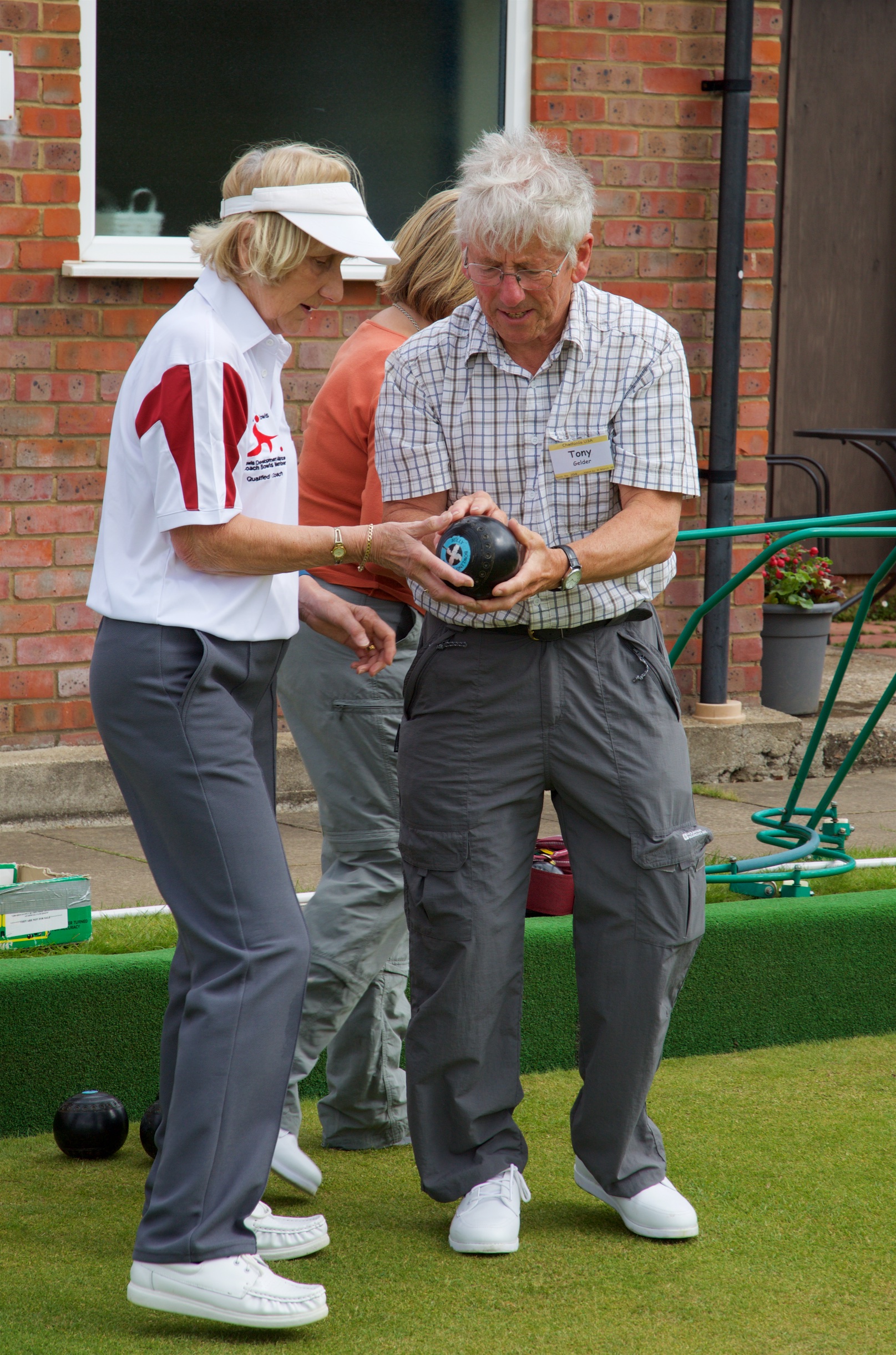 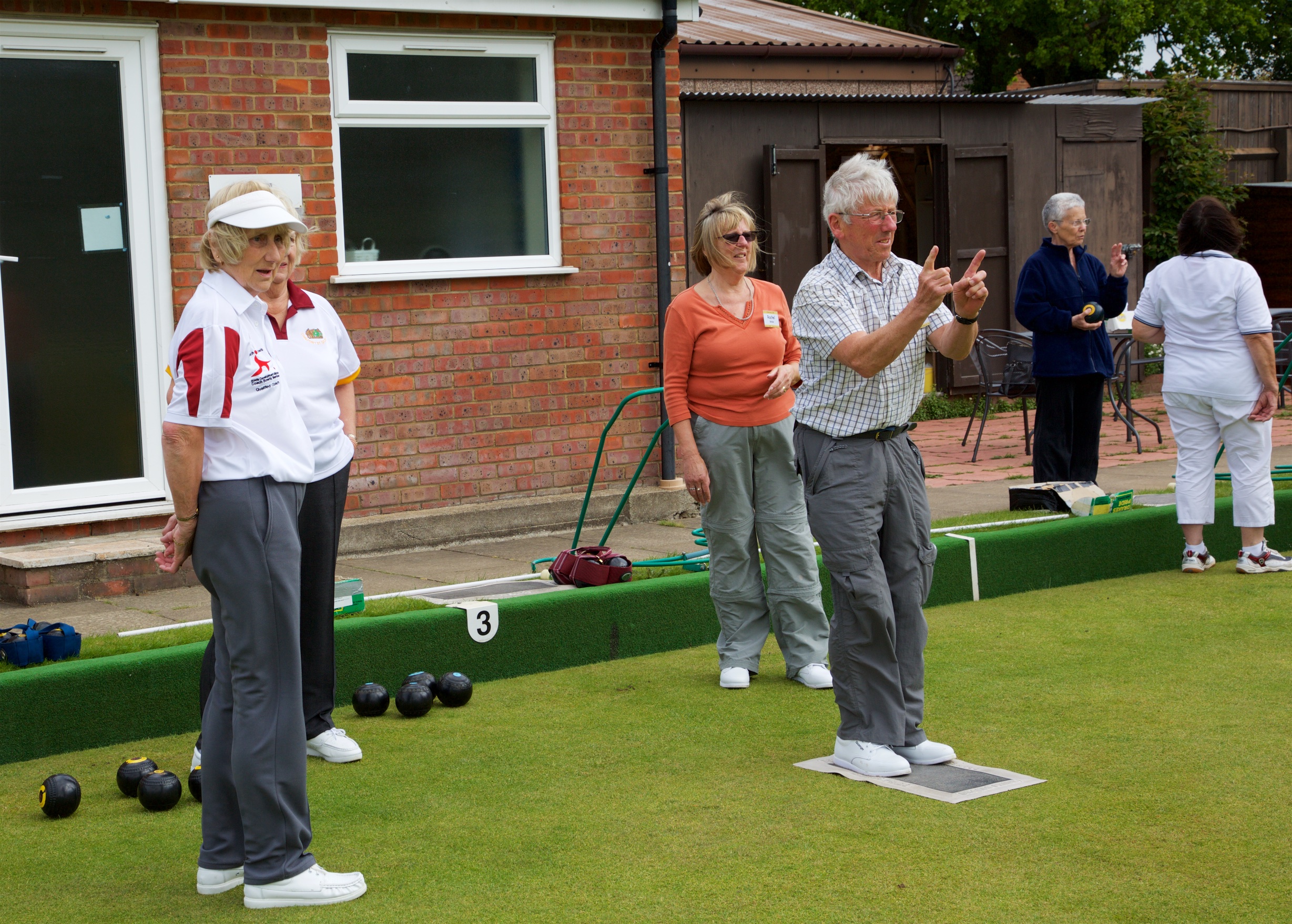 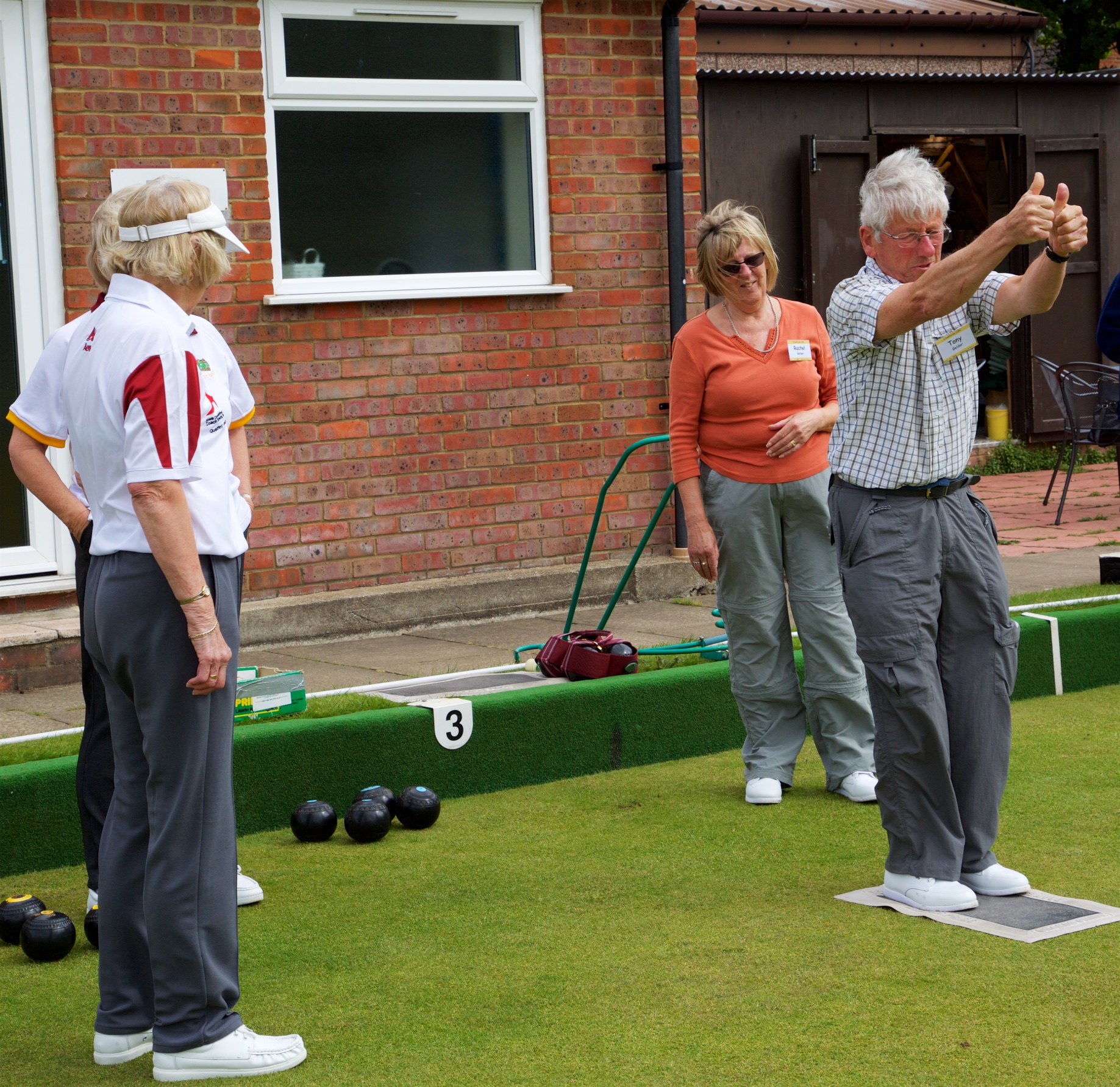 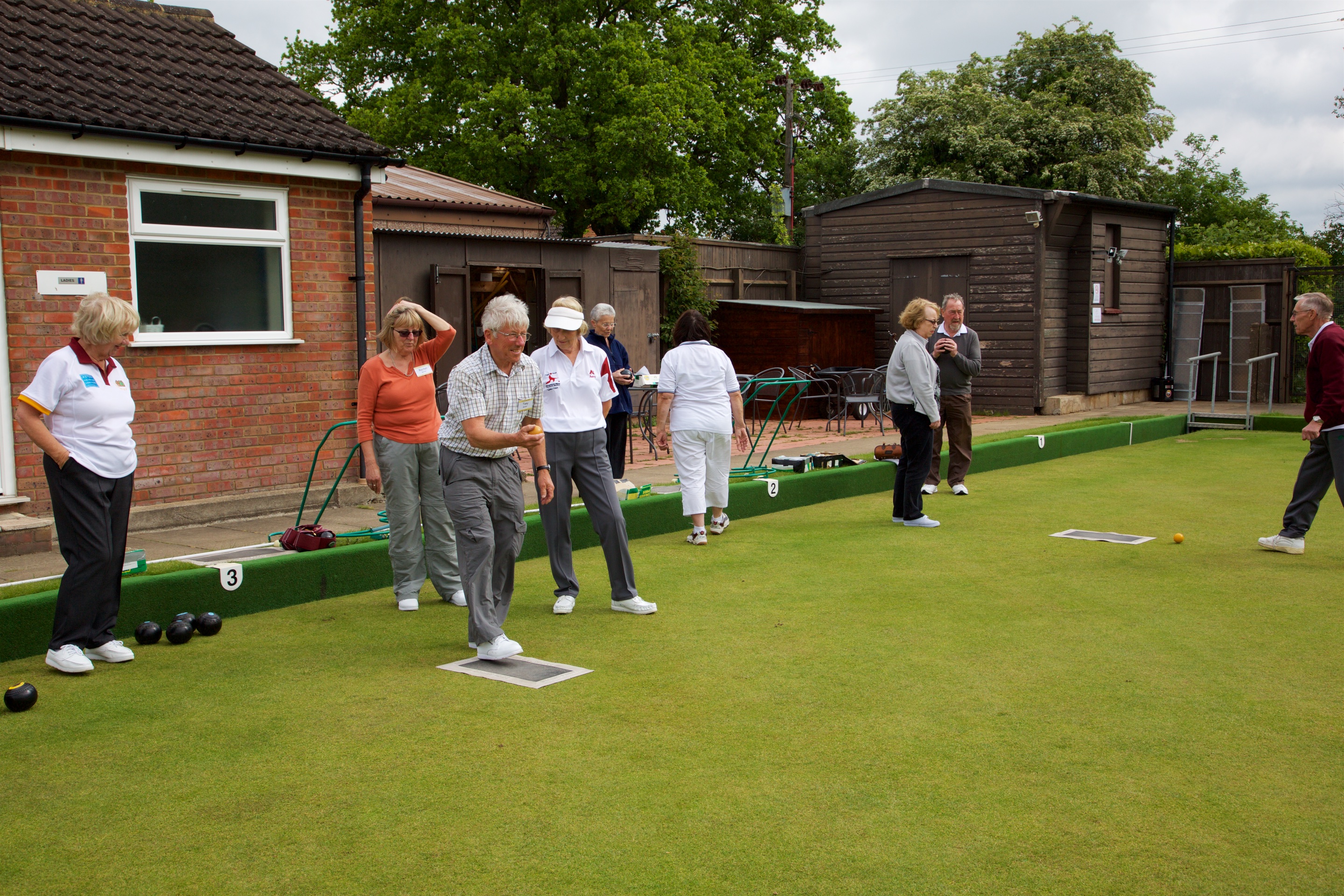