Our guest speaker for this month was Dr. Helen Fry. Helen's talk was about the secrets of Latimer House in World War II With a portfolio of experience as a WW2 historian, Helen undertakes consultancy work for documentary companies and as consultant historian for location filming of WW2 scenes for a major series for ITV. She has also been engaged in a range of wider historical projects, including for schools curriculum and adult education, relating to WW1, WW2 and The Cold War. 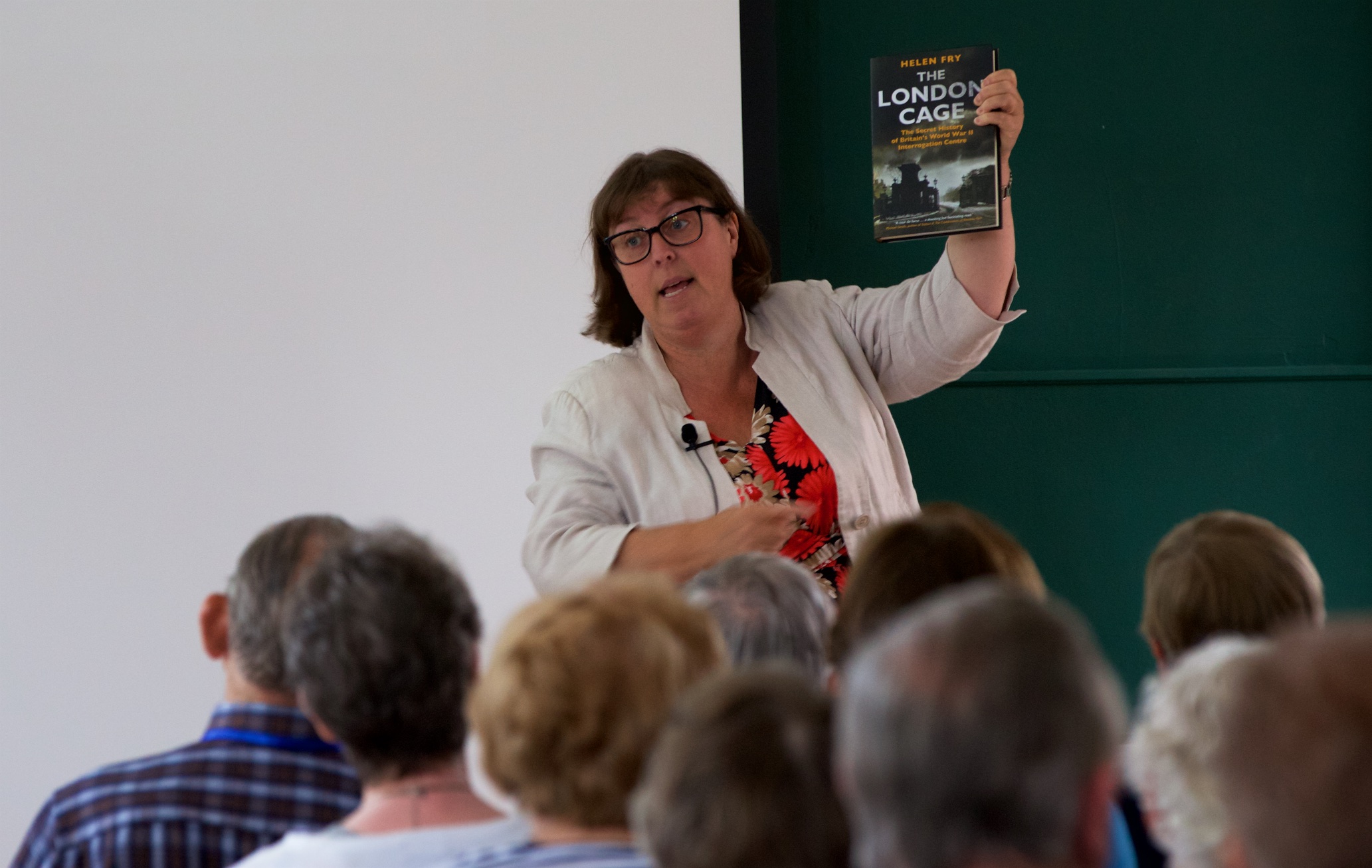 These two short videos of Helen talking to Sir David Jason about the critical aspect of why the Latimer House Secrets became a key to shortening the Second World War.

Helen worked with Sir David Jason, OBE and October Films as the historical consultant for the 3-part spy series that saw filming across Belgium, Holland, Austria and England. David Jason’s Secret Service, commissioned by Channel 4, saw viewing peek as younger audiences tuned in to watch one of the nation’s favourite actors chart the extraordinary stories of spying from the foundation of the British Secret Service in 1909 until daring exploits of men and women in WWII. Helen appeared in episodes 1 & 3.

(Note: we've linked this video from youtube, so be aware you may have an advert pop up at some point. Just click on the little x in the corner of the ad to make it go away!)

As always our meeting was a full house. The photographs were taken of our members during the meeting and show Helen giving her talk with our members listening attentively.

Further down the page we've added photographs in a Gallery.

The pictures in the gallery below were used by Helen in her talk. If you click on one of them you can enlarge and see them more clearly.

The links open up in a separate tab or window and give more information about Latimer House.

Latimer House Entry - Wikipedia
Latimer House Secrets - PDF
We use cookies on our website to give you the most relevant experience by remembering your preferences and repeat visits. By clicking “Accept”, you consent to the use of ALL the cookies.
Cookie settingsACCEPT
Cookie Settings